A mosaic of terroirs

Val de Loire is the third-ranking wine-growing region in France covering 41,000 hectares of vines in 5 départements. Acclaimed for its know-how and the quality of its terroirs, Maison Lacheteau stands out as the major stakeholder in the Loire vineyards. It offers a complete palette of exceptional still and sparkling wines.

We have 6 grape-harvest and winemaking centres in Val de Loire. With nearly 450 viticulturist partners and suppliers, we work 1,000 hectares of vineyards in the regions of Nantes and Haut-Poitou.

Maison Lacheteau supervises around 100 carefully selected domains, covering all the appellations in Val de Loire. Our stringent quality standards are applied right down the line from wine-growing and winemaking to the bottling process.

Maison Lacheteau runs several châteaux & domains, covering nearly 514 hectares of vines, including the prestigious Château de Fesles. The Château looks out over the river Layon, benefiting from a highly favourable climate for vine growing and early morning mists which encourage the growth of Botrytis, or “noble rot”. This is a key factor in making the Bonnezeaux appellation - the sweet wine that has made the Château so famous.

The Château’s archives inform us that the Bonnezeaux vintage was already mentioned in 1055 CE by monks living in Gué de Berge.

In 1991, the estate was entirely renovated. Since then, the quality of its facilities has become a reference in Anjou as one of the most highly reputed estates in the region.

Our teams in Val de Loire

All in all, more than 300 people are involved on a daily basis.

Through their commitment and expertise, we can propose a broad palette covering more than 40 AOPs in the Val de Loire, with typical wines from the terroirs whose quality is acclaimed and appreciated worldwide. 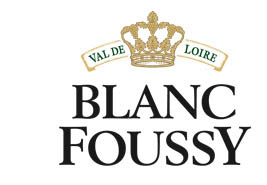